Praising suicide bombers while demanding peace with Israel continues to be the two-pronged strategy of the Palestinian Authority.

The official Facebook page of Fatah, headed by PA Chairman Mahmoud Abbas, praised Wafa Idris, who detonated a 22-pound bomb in the center of Jerusalem in January 2001, killing an 81-year-old woman and wounded more than 100 others.


The Facebook posting was reported and translated by Palestinian Media Watch (PMW).

One week later, Secretary of State John Kerry called Abbas, whose spokesman Nabil Abu Rudeina told the official Palestinian news agency WAFA that the two discussed “the necessity to hold meetings in the near future to talk about a number of issues which help maintain the peace process.”

Fatah promised that “Zionists” will not forget the name of Wafa Idris, whose contribution to the peace process was to “sacrificed herself and her body for Palestine and [who] became a symbol of the struggle and of Palestinian loyalty through one of the most honorable Martyrdom-seeking operations,” according to the Fatah’s Facebook.

She was praised as a “beautiful flower” who surprised Israeli security officials, who had considered women as potential suicide bombers, the website stated.

In order to make sure that Palestinian Authority Arabs don’t forget her, Fatah organized a 2000-strong memorial march while “armed men” fired their peace process rifles in the air. 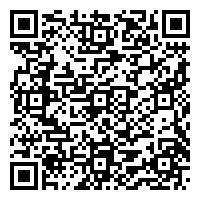