Palestinian Authority leader Mahmoud Abbas retracted the lie he told to the EU on Thursday, where he claimed Rabbis gave orders to poison Arab wells.

The difference was this time Abbas was quickly called out on his lie and found himself in a position where he was forced to retract.

Abbas’s office released the statement, “After it was clarified that the alleged statement attributed to a rabbi regarding poisoning wells was unfounded, the Palestinian president stresses that he did not intend to harm Judaism or the Jewish people, in accordance with the deep respect he feels for all religions, including Judaism.”

We’re sure everyone believes that statement coming from the man who’s PhD dissertation was Holocaust denial. 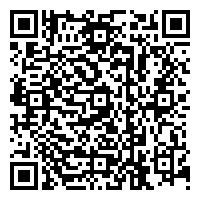