The Palestinian Authority has used a video and the revision of history to turn Christmas into a tool to rewrite history, with Jesus having been born in a “Palestinian” city and modern-day Christians suddenly being an “integral part of the Palestinian people.”

Christians, like Jews, were denied access to holy sites during the Jordan occupation from 1949 until 1967. The PA regime in Bethlehem has been heavily influenced by Islamists and Christians, once a majority in the city, have fled the city and only a small minority remain.

The Palestinian Authority the past several years has tried to show that Christians were forced to leave Bethlehem because of economic conditions, and Abbas this year has issued an official later stating, “We celebrate Christmas in Bethlehem under occupation. This Christmas Eve, our hearts and prayers will be with the millions who are being denied their right to worship in their homeland.”

He turned the Christians from being a minority into being “an integral part…of the rich mosaic of this free, sovereign, democratic and pluralistic Palestine we aspire to have and as established in our declaration of independence and draft constitution.”

Abbas has been ruling the “democratic” Palestinian Authority for more than five years since the end of his term of office following the first, last and only elections.

The “rich mosaic” in the Palestinian Authority  does not include Jews, who he repeatedly has declared will not be permitted to live in a future PA state and whose ancient synagogues dot Judea and Samaria, from Kever Yosef in the north to Samoa and Susiya in the south and Jericho to the east.

Abbas called Jesus a “Palestinian messenger who would become a guiding light for millions around the world. …This Christmas Eve, our hearts and prayers will be with the millions who are being denied their right to worship in their homeland.”

That leaves open the question of who is denying whom their rights?

Israeli opened up holy sites to all religions after the Six-Day War in 1967. Since the Oslo Accords, which heralded the American vision of a “New Middle East,” the Palestinian Authority has systemically worked to bar Jews from praying at synagogues at Kever Yosef (Cave of Joseph) in Shechem, the Temple Mount in Jerusalem and the ancient synagogue in Jericho.

Abbas’ holiday statement tried to convince people to feel sorry for the Palestinian Authority by conjuring up the image of “our people in Gaza, trapped under siege, and of those who are prevented from worshipping in Bethlehem. “

He apparently was referring to the tiny number of Christians remaining in Gaza, where the Hamas regime has harassed them and burned churches and Christian book stores.

Abbas, never missing an opportunity to create demands that to end an opportunity for a PA state, also brought into his statement the Arabs living in UNRWA “refugee camps in Beirut…along with all of our Palestinian refugees – Christians and Muslims – uprooted from their hometowns in 1948 and who, since that time, have suffered the vicissitudes of a forced exile.”

They are refugees only because the United Nations has made then refugees, a status ti does not extend to any other world refugee’s second generation. The designation also has helped Lebanon and other host countries to refuse them citizenship.

Abbas even reached to South and North American to ask the world to feel sorry for the “Bethlehemites [who] will be lighting their candles in Santiago de Chile, Chicago, San Pedro de Sula, Melbourne and Toronto.”

He also put in a good word for Pope Francis, who is scheduled to visit Bethlehem in May, where he will continue the Vatican’s pro-Palestinian Authority agenda. 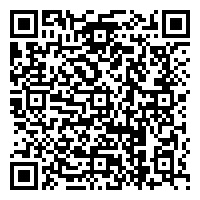