Earlier, Sen. John McCain, who says he favors Pollard’s release, suggested this could be the Administration’s way of appeasing Israel.

“It may be,” McCain told CBS’s Lesley Stahl. “I would regret that if that’s the reason. It may be. it’s certainly an allegation that may have substance.”

McCain also said Pollard’s release after almost 30 years is “not an easy call. He did betray the United States of America, and that would be seen as something we all condemn, including the Israelis. But I think it’s time.”

Jonathan Jay Pollard, a US civilian intelligence analyst, in 1987 pleaded guilty to selling classified information to Israel and was sentenced to life in prison. He will be eligible for parole in November 2015.

Pollard’s former wife Anne on Saturday told Israel’s Channel 2 TV that “that there is no official word that Jonathan is being released on any date.”

Anne Pollard said when Jonathan had been sentenced, life in prison meant that he was expected to die in his jail cell. But she did see an opportunity to start a momentum now that would lead to his parole.

She suggested it’s the responsibility of the Israeli government to help her ex-husband “hire a top, top-notch attorney” for his parole hearing. Then, when he is released, she said Jonathan would want to move to Israel “100 percent, otherwise nothing would make sense to him.”

“I just want to see him out, I can’t bear it anymore, that he sat and lost all of his life in jail, it’s a crime, it’s such a crime,” she said.

In June 1984, Pollard gave Anne a very expensive diamond and sapphire ring, which he had received, together with $10,000 in cash from his Israeli operators.

When Pollard was stopped and questioned by FBI agents, he requested a phone call to his wife, and during the call to Anne used the code word “cactus,” which meant he was in trouble and she should remove all classified material from their home.

On November 21, 1985, Jonathan and Anne asked for an asylum at the Israeli Embassy in Washington, D.C., but were refused. FBI agents arrested Jonathan as soon as he set foot outside embassy property. Anne was arrested the next day, November 22, 1985.

The Pollards’ sentencing took place on March 4, 1987. The prosecutor, in accord with a plea agreement, recommended that Pollard receive “only a substantial number of years in prison,” Judge Aubrey Robinson, Jr., noting that Pollard had violated many conditions of the plea agreement, and citing a damage assessment memorandum from the Secretary of Defense, imposed a life sentence.

Anne Pollard was sentenced to five years, but was paroled after three and a half years over health problems. Jonathan filed for divorce after Anne’s release, saying that since he expected to be jailed for the remainder of his life, he did not want Anne to be bound to him. At the end of her parole period, Anne emigrated to Israel.

Pollard later married Esther “Elaine” Zeitz, a Canadian teacher from Toronto who had organized a campaign for his release. In 1996 she went on a hunger strike,which she ended after 19 days through the intervention of Israeli Prime Minister Benjamin Netanyahu.

It is not clear whether, after he is paroled, Jonathan Pollard would be transferred to Israeli custody or be forced to serve out the term of the parole in the US. 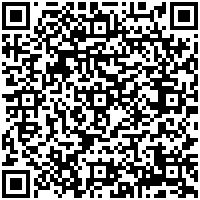