The al-Aqsa Martyrs Brigade, a terror group linked to Palestinian Authority President Abu Mazen that gained notoriety for murdering Israelis during the Oslo War a decade ago, has claimed responsibility for abducting Eyal Yifrah, Gil-Ad Shayer and Naftali Frenkel on Thursday night.

According to a report on the Hebrew-language NRG website, the Brigades published a notice Monday claiming to hold the hostages at a safe house outside Hebron. The report said the group would demand the release of thousands of Palestinian prisoners currently serving time in Israeli jails in exchange for the hostages.


Israeli authorities are treating the report as one questionable, in light of the fact that several organizations have claimed responsibility for the abduction. Hamas has denied involvement with the attack, but spokesman Mushir al-Masri warned Israel that his organization would not hesitate to target Israeli civilians to further the Palestinian cause.

“Resistance [i.e. murdering civilians – MHS] is the only way to free our prisoners…All options are available to the Palestinian resistance, and will remain open as a way of reaction against the crimes of the Israeli ‘occupation’,” al-Masri said.

NRG said al-Masri praised “the activities of groups who are doing everything they can to free the prisoners,” and added that “the lives of three Israeli soldiers are not worth the lives of 5,000 Palestinian prisoners in Israeli jails.” 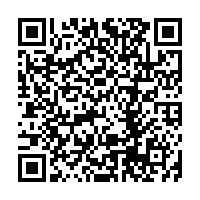