“We are convinced that the hands of the despicable organization supporting the president of Syria have done this loathsome deed,” said the Al Qaeda statement. The organization promised revenge against Hezbollah, in the name of the Sunnis.

At least 45 people were killed and about 500 others wounded in the two blasts that rocked the northern city of Tripoli. Reports say a car packed with an estimated 400 lbs. of explosives hit the al-Salam mosque.

A Reuters reporter at the scene said the blast left a huge crater and the floors of the mosque were covered in blood. A 160-foot stretch of the road was charred black and the twisted remains of cars littered the area.

“We were just bowing down to pray for the second time and the bomb went off. The air cleared, and I looked around me and saw bodies,” an eyewitness told Reuters.

Witnesses told the newspaper As Safir that they saw a person parking a Honda Civic near al-Salam mosque and leaving the car to take another, minutes before the blast took place.

Both blasts hit at the hour of weekly Muslim prayers, in a city where Sunni supporters of Syria’s rebels engage in frequent, often deadly, clashes with Alawites, who back President Bashar Assad regime.

The Al-Joumhouria newspaper reported that the preliminary investigation at al-Salam blast scene showed that the bomb contained TNT and nitrate.

According to the newspaper, the two booby-trapped cars were probably rigged with timers and were detonated from a distance while worshipers were engaged in their Friday prayers.

Security agencies weren’t able to thoroughly examine the scene of the second blast that took place near the Taqwa mosque due to the angry residents that prevented them from carrying out their tasks.

The state-run news agency reported that the death toll in the two explosions has reached 45 and that 160 are in critical condition.

It was the highest toll in an attack since Lebanon’s 1975-1990 civil war, and it brought condemnation from Western powers, the United Nations and Syria.

Coming a week after a bombing in the Beirut bastion of Hezbollah, a close ally of President Bashar Assad, the Tripoli explosions are likely to help spread the Syrian civil war into Lebanon.

Lebanon’s president Michel Suleiman called on the people to stay united and to cooperate with the security bodies, and to report any suspicious activities that might threaten public safety.

The United States strongly condemns today’s terrorist bombings at the al-Taqwa and al-Danawi mosques in Tripoli, as we do all violence in Lebanon. We extend our deepest sympathies for those killed and concern for those wounded in today’s attack.

The United States urge all parties to exercise calm and restraint and to desist from actions that could contribute to an escalating cycle of retribution and violence. We reaffirm our firm commitment to a stable, sovereign, and independent Lebanon and support the Lebanese government’s efforts to restore stability and security in the country.

Lebanon’s Government Votes to Default on $1.2B Debt 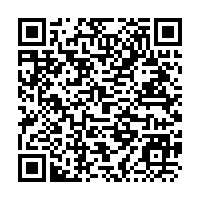