As Hamas terrorists fired dozens of rockets at Israeli civilians overnight between Sunday and Monday, Arab citizens of Israel marked the seventh consecutive night of rioting in Arab-majority cities around the country.

Protesters stoned security forces and smashed the windscreen of a police car at the entrance to the town of Sha’ab. A bus was stoned in Nazareth. No injuries or property damage was reported.


In Jerusalem, residents of Beit Safafa stoned police. In Beit Hanina, dozens of masked men hurled rocks and firecrackers at security forces. In Shuafat, Palestinians fired tear gas and threw stones at police near the home of Mohammed Abu Khdeir, where family members are still observing the initial mourning period after the boy’s murder.

In the haredi neighborhood of Geula, a man was arrested on suspicion of throwing a Molotov cocktail at an Arab car. 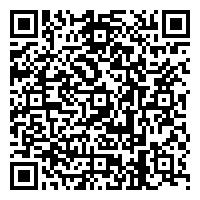