Amazon CEO Jeff Bezos visited Israeli startup Annapurna Labs, which Amazon bought in 2015 for $360 million. It is rumored that Amazon and Annapurna are developing a 33 thousand square-foot campus for cloud computing in Haifa. Plans are, according to The Marker, to add 600 employees to the current staff of 200.

According to the same source, Amazon has also contracted with Israel Aerospace Industries to upgrade its Boeing 767S jets for cargo and drone-based delivery in the US. 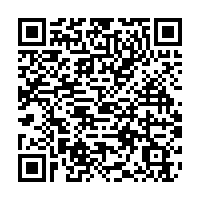