In one instant, in a flash of unintended honesty, Ambassador Powers showed she learned absolutely nothing, but I mean zero, zilch, nada, from the Daniel Pearl tragedy. She showed that she is as unqualified to give the Daniel Pearl annual speech as, I don’t know, Noam Chomsky, maybe.

Daniel Pearl is in the category of Archduke Franz Ferdinand of Austria kind of historical figures, whose life’s achievements tend to be blurred over the years, until, eventually, they are remembered only for their final few moments. The Archduke will be forever remembered as the man whose assassination by a radical in Sarajevo on June 28, 1914, ushered in the First World War.

Daniel Pearl was the Wall Street Journal brave hearted reporter who was kidnapped and executed by a jihadist group calling itself the National Movement for the Restoration of Pakistani Sovereignty. Pearl was decapitated on video after 9 days of captivity. He will be forever honored for his unabashed statement, on camera: “My name is Daniel Pearl, I am an American Jew.”

Millions of us have been deeply disturbed by the Daniel Pearl murder. It touched so many previously universal assumptions and turned them upside down: the assumption that no one wants to hurt the press, since everybody wants good press for themselves – wrong; the assumption that when criminals are showing their victims on video it is to extract some kind of ransom, and so as long as the video is running, the victim is safe – wrong; and, of course, the ultimate assumption, that every enemy has a cause over which we can eventually bargain with them, until we meet half way – really, really wrong.

The fact is, millions of us have walked away from the Daniel Pearl execution with the universal conviction that the only way to go now must be to annihilate these bastards, until they’re all dead and gone. It was a Churchill in Dunkirk moment, following which the old bulldog gave his heroic “we shall fight them on the beaches” speech. Just as there was no possibility to negotiate with Hitler in 1940, there’s no negotiating with the jihadists. They are enemies of humanity and must all be exterminated – that’s what the entire civilized world took from the Pearl beheading.

Well, not the entire civilized world, as it turns out.

I don’t have a copy of what U.S. Permanent Representative to the United Nations Samantha Power told the good folks at UCLA last night. She probably touched all the bases. But I do have her tweets in front of me, and they’re stunning.

The first one is totally on the money, no problem there:

We must be vigilant in protecting the rights of the press. 2013 = 2nd highest # of journalist deaths and arrests all-time. @DanielPearlFNDN

To those of you who don’t speak fluent Tweet, Powers is citing herself at the foundation speech, giving her followers the gist of her message. And, of course, it’s unacceptable that close allies of the United States, such as Turkey and the Palestinian Authority, have been detaining journalists, photographers and even people making unflattering Facebook entries.

She was called on it, of course, by a few of her Tweeter followers:

RDPinRVA: That’s pretty rich coming from an appointee of an administration committed to limiting the press’ freedom.

Casey Kim: You’re part of the same administration who just suggested brining in the FCC to monitor newsrooms. 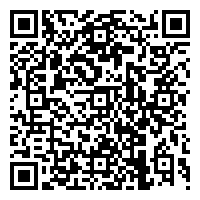