Charley J. Levin, a Texas native who became one of the most widely-known interviewers of American leaders, died Sunday at the age of 62 after a short illness.

He is survived by his wife Shelly and their three children.

The family home, where shiva will be held, is in the national-religious neighborhood of Mitzpeh Nevo, which Shelly Levine and her real estate agency helped develop.

He earned an undergraduate degree in Philosophy and Near eastern Studies and a master’s degree in journalism before moving to Israel in 1978 with his wife Shelly. Levine served as a spokesman for the IDF and as a civilian moved into the field of PR in private life, representing the Ruder Finn agency before launching his own company

He worked actively on behalf of aliyah.

The video below is form a news program on awards Levine’s PR firm won. 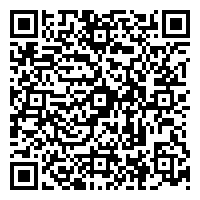