Benjamin Netanyahu’s relationship with President Obama has been strained, but they met on all but one of his visits to the U.S. since 2009. The one exception was in November, 2010, when the president was on a foreign visit when Netanyahu came to the U.S. Which is why the reported snub on Tuesday, together with Netanyahu’s doubling down on his demands for U.S. redlines on Iran, could create a real crisis between the two allies – certainly not a good thing less than 60 days before a tight presidential election.

By refusing a meeting with Netanyahu, the president was going alienate Jewish and other Israel-first voters. Republican candidate Mitt Romney has already said Obama was too hard on Israel and too soft on Iran.


So on Tuesday the White House denied reports of such a crisis, adding that Netanyahu and Obama have reaffirmed their mutual commitment to stopping Iran from going nuclear.

According to the released statement, the two leader spoke over the phone for an hour Tuesday night. They agreed to continue “close consultations going forward” on Iran’s nuclear plans.

Remember the Haaretz story that made every red blooded Jew irate, about how the White House declined the Prime Minister’s request on Tuesday to meet Obama during a U.N. conference in New York at the end of the month?

According to that story, White House National Security Council Spokesman Tommy Vietor said they won’t meet because of a scheduling conflict. “The President arrives in New York for the U.N. on Monday, September 24th and departs on Tuesday, September 25th. The Prime Minister doesn’t arrive in New York until later in the week. They’re simply not in the city at the same time.”

This was when Netanyahu doubled down on his Let’s Bomb Iran campaign, rebuking Obama and Secretary Clinton for refusing his call to set a clear “red line” for Iran’s nuclear program.

“The world tells Israel, ‘Wait, there’s still time.’ And I say, ‘Wait for what? Wait until when?'” Netanyahu said during a press conference with Bulgaria’s prime minister.

He added: “Those in the international community who refuse to put red lines before Iran don’t have a moral right to place a red light before Israel.”

So, in an unexpected, late-night announcement, the White House denied the reports that Obama had rejected Netanyahu’s request for a meeting – in Washington. According to White House spokesman Tommy Vietor, no such request was made—or rejected.

And the meeting in New York was just an honest scheduling thing, so, really, no crisis, honestly.

The State Dept. is also fast and furious at changing its official tune. You’ll recall that on Monday DOS spokeswoman Victoria Nuland announced that “it is not useful” to declare “red lines” as Netanyahu had suggested.

On Tuesday, Nuland said the Iranian situation is a matter of “intense discussion” with Israel.

You have to give it to Bibi non being as unabashed as he is at utilizing the political terrain, no holds barred (mixed metaphors, I know and apologize). While his supposed “master,” the U.S. government, is desperately shushing him about the Iranian threat, Bibi hollers his defiant message into a megaphone connected to Woodstock-size speakers. He is improving on Teddy Roosevelt’s favorite political slogan, making it: Speak loudly and carry a big stick.

And wave the stick on the White House lawn until they invite you in and pretend they weren’t snubbing you. 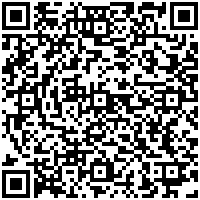