The Obama Administration has apparently decided on its course of action regarding Judea and Samaria until the inauguration of a new president in January: threats and attacks delivered through well placed leaks with the major news outlets, which are intended to foster anxiety in Jerusalem. A case in point is this weekend’s AP story, citing US and other diplomats who say Obama plans to endorse a “tougher tone” against Israel in the upcoming report by the so-called “Quartet” of mediators from the US, the EU, Russia and the UN. Said diplomats have promised that the US will no longer endeavor to temper the language of the report, criticizing settlements construction, demolitions and property seizures. They also promise to place the blame for the impasse in the peace negotiations squarely on Israel.

The report, due in late May or early June, will bear no intrinsic penalties against Israel, an island of violence and unrest in an otherwise peaceful and idyllic Middle East, but the diplomats who leaked the news have told AP it could be used by the UN assembly and “possibly sent to the Security Council for an endorsement.”


It is curious why the Obama White House would want to create yet another problem for the Democratic presumptive presidential candidate Hillary Clinton, who would be forced to comment on such a report and run the risk of alienating either the left- or right-flank of the party. Is the Obama need for revenge against the Jewish State stronger than his support for his own party’s campaign? Time will tell.

On its face, the AP leak looks more like a taunt than a change in policy, reminiscent of the reference to the comparison by an anonymous Administration official of Netanyahu to chicken droppings in the famous October 2014 Jeffrey Goldberg article. Like that and so many other poisoned arrows, the report will probably enrage Netanyahu and his circle, and will also endorse complaints on the part of the PA, but its influence on policy changes is doubtful. Scores of anti-Israeli, pro-Arab reports cannot change the math of the 20th Knesset nor the precarious balance of Israel’s Labor party under Chairman Itzhak Herzog.

As the AP story put it soberly, “The Quartet, which is supposed to guide the two parties to peace, has been largely irrelevant for the past several years. It was created in 2002 at a low point in the Israeli-Palestinian relationship and in the years since has held sporadic meetings. Most have ended with bland statements condemning violence, criticizing settlements and calling for both sides to improve security and the atmosphere for peace talks. … The new report will repeat those calls, but the diplomats said they hoped the new criticism of Israel, in particular, would jolt the parties into action.”

Not in this Knesset, apparently. 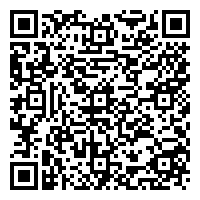