The second storm of the young winter is headed for Israel with more needed rain but no snow, except on the Hermon mountain.

Forecasters predict that it will rain on Eilat, an event that usually occurs only two or three times a year, and that up to three inches of rain will fall in the north and central regions.


Flash floods are predicted in the Arava and Dead Sea areas, which may receive an unusually large quantity of rain, possibly an inch.

The rain will follow deceivingly warmer than usual weather on Friday and will begin falling with the temperature Saturday afternoon, with the full force of the storm coming on Sunday and early Monday before weakening. No rain is forecast next week after Tuesday and temperatures will rise.

The Kinneret (Sea of Galilee) now lacks 2.49 meters (slightly more than 8 feet) before reaching the level where the Degania dam must be opened to prevent flooding in the beachside city of Tiberias. Opening the dam also will bring much needed water to the Dead Sea via the Jordan River.

There has  been no need to open the dam for 21 years. 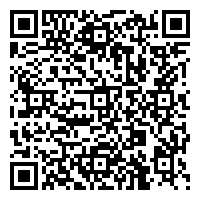