The AMCHA Initiative, an organization created to help protect students on North American campuses from the ever-increasing numbers and severity of attacks – physical and verbal – of anti-Semitism, has just provided a useful self-defense tool for students returning to campus for the 2014-15 academic year.

“How can professors who are so biased against the Jewish state accurately or fairly teach students about Israel or the Arab-Israel conflict?” asked Tammi Rossman-Benjamin, AMCHA Initiative co-founder and faculty at the University of California Santa Cruz.

“Students who wish to become better educated without subjecting themselves to anti-Israel bias, or possibly even anti-Semitic rhetoric, may want to check which faculty members from their university to see whether they are signatories, before registering,” Rossman-Benjamin explained.

“It’s bad enough that these professors have revealed themselves to be wildly biased against one, and only one, Middle Eastern country. Even more troubling, however, is the fact that many of these patently biased boycotters of Israel are affiliated with government-designated, taxpayer-funded National Resource Centers (NRC) on their campuses,” stated Leila Beckwith, AMCHA Initiative cofounder and UCLA emeritus professor.

“Clearly NRC-affiliated faculty who have publicly vilified Israel and committed themselves to refusing ‘to collaborate on projects and events involving Israeli institutions’ have violated both the letter and spirit of the federal law which funds their teaching and research,” Beckwith said.

Established by Congress under Title VI of the Higher Education Act and administered by the U.S. Department of Education, university-hosted NRCs nationwide receive more than 30 million dollars annually for the purpose of equipping students with a full and unbiased understanding of the regions and countries of the world that are vital to U.S. security interests. These Centers are also required by law to maintain linkages with overseas institutions of higher education that “contribute to the teaching and research of the Center.”

A full list of professors who have signed the petition at each U.S. college and university can be found HERE. 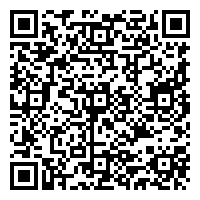