In a truly explosive revelation, an Israeli paper and now other Israeli media have learned, based on an undercover operation by the pro-Israel Ad-Khan, the non-governmental organization Breaking the Silence has been searching for and then allegedly sharing sensitive military secrets.

Breaking the Silence is an organization aggressively critical of the Israeli Defense Forces which is run by disgruntled IDF veterans.


What’s more, Breaking the Silence has been engaged in this activity while it receives a large portion of its funding from European governments and other foreign entities.

Despite the documentation carefully recovered from a lengthy undercover investigation conducted by Ad-Khan, BtS denies it was gathering classified information.

The videos made by Ad-Khan revealed that Breaking the Silence ask soldiers about purely operational activity of the IDF. BtS claims to be focused solely on the IDF’s treatment of Palestinian Arabs and general human rights issues.

“We do not collect classified information,” Yuli Novak, executive director of Breaking the Silence, told the Israeli paper.

The report also broadcast videos showing members of Breaking the Silence gathering testimonies from former soldiers where the questions appear to revolve more around the IDF’s operational activity than rather issues regarding Palestinians and human rights.

Yair Lapid, chairman of the center-leftist Yesh Atid party said: “”While Israel is fighting terror, Breaking the Silence is taking information and using it against the state.” He added that “Israel must do all it can to protect its soldiers, and this organization has no right to exist in a state that is battling daily for the safety of its citizens.”

The Zionist Union (formerly Labor) party member of knesset Revital Swid said that “Breaking the Silence had lost all of its legitimacy.” Swid said “it was time to condemn all extremism no matter” what side of the political aisle they were on.

Speaker of the Knesset Yuli Edelstein called for an “investigation to clarify which sensitive information [the organization] has in its possession.” 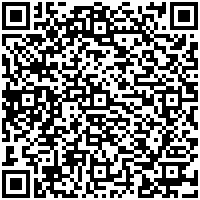