Nearly a dozen anti-Israel protesters were arrested after having been removed from the Los Angeles, California office of U.S. Senator Dianne Feinstein (D-CA) on Monday afternoon, Aug. 18, according to a report in a far left website.

The group included members of Jewish Voice for Peace and American Muslims for Palestine, as well as some clergy members. The protesters staged a sat-in Feinstein’s office and refused to move until their demand was met. They demanded a meeting with Feinstein.


It took more than four hours during which the protesters stayed in the senator’s office before police were called in to remove them. During that time two different Feinstein staffers spoke with the group, but the protesters insisted they would only leave if the senator came to listen to them.

The group was demanding a meeting with the senators because they want to prohibit any further U.S. military aid to Israel, and the senators had both recently supported such a measure, Senate Resolution 498.

That resolution, passed on July 17, 2014, was co-sponsored by two-thirds of the senate including Feinstein, but also thirty eight other Democrats,  such as Al Franken (MN), Mary Landrieu (LA), Ed Markey (MA) and Mark Udall (CO).

The Resolution is short and clear. It:

Reaffirms the support of the Senate for Israel’s right to defend its citizens and ensure Israel’s survival.

Condemns the unprovoked rocket fire at Israel and calls on Hamas to cease all rocket and other attacks against Israel.

Calls on Palestinian Authority (PA) President Mahmoud Abbas to dissolve the unity governing arrangement with Hamas and condemn the attacks on Israel.

Another group staged a sit-in against support for the measure at the senate office of another progressive California senator, Barbara Boxer, but that group was dispersed after a shorter period of time.

A member of the Feinstein sit-in is the national campus coordinator for AMP and is a member of the infamous Irvine 11 – the university students who were arrested and convicted for disrupting Israel’s Ambassador to the U.S., Michael Oren, in 2010.

Taher Herzallah, national campus coordinator with American Muslims for Palestine, and a member of the Irvine 11 — a group of university students who were prosecuted and convicted after they disrupted a speech given by an Israeli official in 2010 — is part of the team of activists and clergy who sat in at Feinstein’s office.

Another member of the “DiFi sit-in” was Shakeel Syed. According to his Twitter feed identification, Syed is the executive director of the Islamic Shura Council of Southern California. He is also the vice president of the American Civil Liberties Union, Southern California board, and a board member of American Muslims for Palestine. 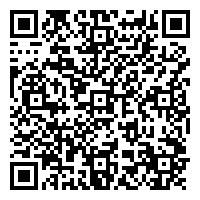