Thirteen years ago, Yisrael Shiran, a school teacher, demanded, in a public letter to fellow educators, that the Ministry of Education should differentiate between what is called “Rabin’s Legacy” or in plain English, praise for the Oslo Agreement, and Rabin’s assassination, during the government mandated Rabin Memorial Day lessons on the anniversary of Rabin’s assassination.


As a result of the letter, Shiran was suspended from his job by the Ministry of Education.

Since then, Shiran sued the government a few times to get his job back, which he did, but not in the same position or conditions, conditions that included requiring another teacher in the room with him.

In 2009, Shiran sued the Ministry of Education for NIS 2.8 million, and on Thursday a District Court ordered the ministry to pay Shiran NIS 450,000.

Gantz: There Is Room in Jerusalem for a Palestinian Capital 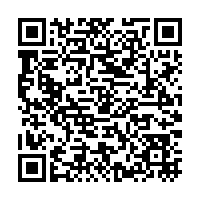