Anti-Semitic vandalism is rising in Britain, most recently — this summer — in London.


Designed by sculptor William Silver Frith, the fountain was a tribute to the eldest son of Queen Victoria and was paid for by local Jewish residents in 1911.

Earlier in the month, a Nazi swastika was scrawled on a fence outside the Beis Chinuch Lebonos Girls’ School in the Hackney section of London.

The words “Yid Sh*t were carefully, neatly printed with the swastika.

It was the second time in a month the school had been targeted with anti-Semitic vandalism.

In Europe, the Yiddish word “Yid” has now become a racial slur, according to the European Jewish Press.

This month petition was created August 7 on the official website of the British Parliament, demanding the arrest of Prime Minister Binyamin Netanyahu for “war crimes” against Palestinians during Israel’s counter terror operation last year against Hamas in Gaza.

The petition garnered more than 70,000 signatures so far this month. At the 100,000 mark the parliament allegedly is required to debate the matter.

However, the British government has stifled the issue, having responded last week to the initiative with a statement pointing out that under UK and international law, Netanyahu is “immune from criminal jurisdiction.” 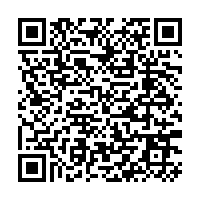