Police in Jerusalem’s Old City noticed an Arab girl acting suspiciously on Wednesday evening. She was walking down the street holding a bag, but she was keeping her hand inside the bag, according to a police report.

The police carefully approached her, and when she realized she was being surrounded she tried to run.


The police arrested the 17-year-old girl, separating her from the bag and the large knife that she was holding inside the bag.

Thanks to the alert policemen a potential terror attack was foiled. 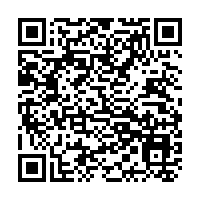