Israel Navy forces fired at Gaza fishing boats on Sunday as they moved along the coast, according to Arab sources.

“Israeli naval forces opened fire at the fishing boats wile at sea in both the northern and southern Gaza Strip,” the Palestinian Authority-based Ma’an news service reported. No injuries were reported.


Shortly after the incident, the Israeli forces detained two “fisherman” and confiscated their vessels off the northern Gaza coast, near Beit Lahiya. The boats were allegedly taken to the port of Ashdod for examination.

An IDF spokesperson told Ma’an the incident would be checked.

The Hamas and Islamic Jihad terrorist organizations in Gaza have upgraded their skills in naval warfare and underwater espionage over the past several years. Moreover, much of their weaponry is “shipped” from Iran by sea.

The Israeli maritime blockade of Gaza is implemented specifically in order to prevent the entry of terrorists, weaponry and related items from entering the area — all of which are used in attacks against Israeli civilians and soldiers. 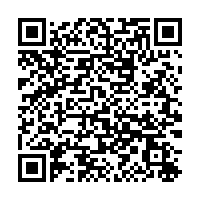