MK Basel Ghattas (Joint Arab List) on Wednesday uploaded on his Facebook page a “Proactive post,” as he himself called it, about the true feelings of Israeli Arabs about former President Shimon Peres, who is in hospital in “serious but stable condition.”

Ghattas wrote: “Is Shimon Peres getting to his inevitable end? We can’t know for sure, the man has seven lives, but he is undoubtedly on his last life at that.


“We should note that Peres was one of the strongest pillars of the Zionist colonial settlement project, and the harshest and most extreme, inflicting the longest-lasting damages on the Palestinian people and the Arab people.

“But Shimon Peres succeeded, in spite of all those qualities, in portraying himself as a dove of peace, even to get the Nobel Peace Prize, which he could never have achieved without our direct and indirect, intentional and unintentional help, which we offered him throughout his life.

“Let us at least in his death remember his essence as a tyrant, who administered the war crimes committed against us. Peres is covered from head to toe in our blood, and so we don’t hasten to contribute to the collective tribal festival of grief and loss.” 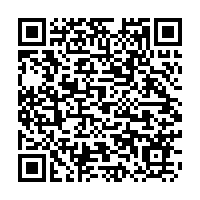