Two female Arab motorists were hurt by Arab rock throwers on Road 60, near the tunnels in Gush Etzion, at around 9PM Wednesday night.

Over the past few days, Arabs have been throwing rocks and paint at Israeli cars driving down Highway 60, near Efrat, trying to cause an accident.

Last night, Arab stone throwers from El Hadr attacked a car they thought was Israeli, but was actually an Arab car with two women and 6 children in it.

The two Arab women were hurt by the Arab stone throwers, one seriously. They managed to drive to to the tunnel checkpoint where they received medical attention.

Last night, Israel security forces also captured a group of 5 Arabs who were attacking passing Jewish motorists on Highway 60 with stones. They were the unbelievable ages of 9 through 12. They got started young. 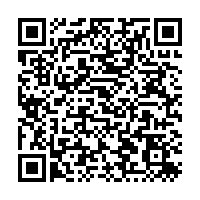