Arab riots in Jerusalem, Judea and Samaria have spread to the Galilee in northern Israel and to the Arab city of Taibeh near Netanyahu. In Nazareth, home city of anti-Zionist Knesset Member Haneen Zoabi, Arab crowds shouted anti-Israeli slogans in a protest against Israeli security forces’ response to terror.

Rioters in Taibeh, near Netanya, burned tires on a major highway and forced part of it to be closed,


Arab violence also spread to the highway linking Pisgat Ze’ev, in northern Jerusalem, with the French Hill intersection. Magen David Adom reported that medics treated a 35-year-old man for wounds caused by glass splinters in his back after rock-throwers smashed a window in his vehicle.

He was evacuated to Shaarei Tzedek Hospital for treatment, along with three others who suffered shock.

Palestinian Authority media reported that two people were killed in clashes with Israeli soldiers, including a young teenager in the area of Bethlehem in an incident that the IDF has not confirmed.

The Arab Red Crescent medical organization claimed that nearly 500 people were wound by soldiers, and Radio Palestine reported that 36 Arabs were hit with live fire and 136 by rubber bullets.

They also said that the IDF has closed a village east of Hebron because of wide-scale rioting.

Rock-throwing was reported on Highway 60, south of Kiryat Arba-Hebron, where dozens of buses are taking people Monday night for the “traditional “Hakafot” that are staged throughout the country, primarily for secular Jews who want to dance with the Torah but do not attend synagogue on the day of the holiday that ended this evening.

On Sunday, before the Shemini Azeret-Simchat Torah holiday began, combat soldiers from the Shimshon unit caught two terrorists who were hurling rocks at drivers near the Gush Etzion-Jerusalem tunnels.

In Samaria, terrorists threw an explosive device at a Jewish motorist, but no injuries were reported.

In Jerusalem, the Light Rail was closed between Pisgat Ze’ev and Shuafat because of rock-throwing, which damaged a train.

Only five soldiers have been wounded, all of them lightly, in the past three days of rioting. 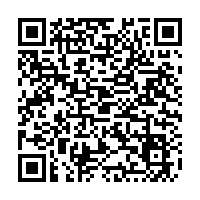