Stoning attacks are continuing to plague Israeli drivers on the roads of Judea, Samaria and the Binyamin regions, especially bus drivers whose vehicles make especially tempting targets for Arab terrorists.

Israeli Bus # 162 was attacked Monday evening near the Okafim junction. The bus came under a hail of stones as it traveled along Highway 443.


None of the passengers were physically injured but the windshield of the bus was damaged.

The Judea-Samaria Hatzolah emergency response team reported a separate stoning attack aimed at a second Israeli bus that took place five minutes after the above attack was registered, near the same junction.

A similar attack had occurred at the same place just a day earlier.

Arab terrorists hurled rocks at the second bus as it traveled along the Chutzah Yehuda highway, some 300 meters from the Okafim junction.

As in the previous attack, the windshield was damaged but passengers were not physically harmed. 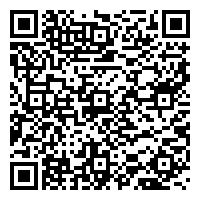