Three Arab teen terrorist wannabes intent on a stabbing mission failed at a Jerusalem synagogue when they were stopped Sunday morning in the Kiryat Moshe neighborhood, not far from Har Nof.

The incident occurred at the packed Heichal Ya’akov synagogue on HaRav Reines Street, where men praying the morning service.


All three would-be attackers immediately threw away their homemade knives, sharpened into blades from basic items they took from their mothers’ kitchens, including scissors and a spoon handle.

But their suspicious behavior had given them away and they were immediately grabbed and taken into custody. The three would-be stabbers were transferred to security personnel for interrogation by investigators.

Attacking Jews during morning prayers in the synagogue is not new for this area of Jerusalem.

On November 18, 2014, two Jerusalem Arab terrorists carried out a massacre at the Kehilat Bnei Torah synagogue in Har Nof – a Jerusalem neighborhood not far from Kiryat Moshe.

The terrorists attacked worshipers praying the morning service with axes, knives and a gun, killing four dual nationals and a Druze Israeli police officer responding to the scene.

Seven other worshipers were also badly injured, including one who remained in a coma and later died of his wounds nearly a year later.

The two terrorists were shot dead by police. 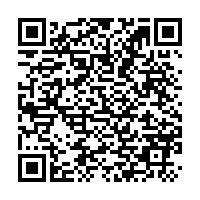