Arab terrorists attempted Friday night to torch the Tomb of Joseph, the Biblical figure whose grave is located in the ancient Samaria city of Shechem (Nablus).

The attack came in retaliation for the arson murder of a 22-month-old Arab toddler in the nearby village of Duma. The child’s parents and sibling were also badly wounded in the attack, allegedly perpetrated by four Jews who were seen fleeing from the scene. An IDF helicopter airlifted the family to a Tel Aviv hospital for medical care and Israeli soldiers are continuing to hunt for the suspects.


Nevertheless, Hamas terrorists jumped on the excuse to declare a “Day of Rage” on Friday and Arabs across Israel and the Palestinian Authority territories have since been rioting and attacking Israeli forces.

“Dozens” of “protesters” from the Balata neighborhood hurled rocks, bottles and firebombs at Jewish worshipers and IDF soldiers at the Tomb in the wee hours of the Sabbath morning on Saturday, according to sources quoted by the Bethlehem-based Ma’an news agency.

Attempts to torch the Tomb were squelched by PA security forces, according to Ma’an.

Arabs frequently attempt to attack Jews who visit the site in monthly visits facilitated by the IDF via a security cooperation agreement with the PA, which guards the site.

“Sources said the protesters considered burning Joseph’s Tomb, a holy place for Israelis – particularly nearby settlers – as a form of ‘real response’ to the burning” of the todder, Ali Dawabsheh, Ma’an reported. 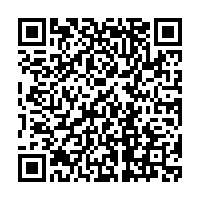