Most Jerusalem Arabs are not fanatics. Most of them may hate Jews and Israeli sovereignty, but they love a lot more the freedom and social benefits they enjoy but which their brethren in Judea, Gaza and Samaria never will enjoy unless the corrupt Fatah regime and the horrid Hamas beasts run away to Venezuela and let Israel return to its pre-intifada role as the benevolent guard against anarchy.

Wednesday’s attack on Jerusalem’s light rail train, a symbol of Arab-Jewish co-existence and a United Jerusalem just as much as it is a symbol of “occupation” for terrorists, have prompted the police to put better security measures into effect.


A patrol blimp recently was launched over the riot-prone Shuafat neighborhood, and the city may change the capital’s skyline with the launch of additional blimps. 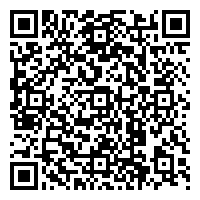