The White House has vehemently denied charges that President Barack Obama literally turned his back on Iraqi Prime Minister Haider Al Abadi at the G7 summitt in Germany this week.

GulfNews.com posted a video showing Abadi sitting down on a bench where President Obama was talking with two other leaders. Obama’s back was turned to Abadi. The President continued to talk as if the newcomer didn’t exist, but it obviously was not intentional since the Iraqi leader approached the bench in the middle of the conservation.


White House spokesman Josh Earnest said that anyone looking at the scene and concluding that Obama  was snubbing Abadi is “telegraphing some insecurities that date back to junior high.”

Earnest obviously is right, as the video below shows, but the Arab reaction makes it clear that despite its being  sensitive, ego-centric and arrogant, it also interprets every word and body language of President Obama as a slur against Arabs.

When Obama “reached out Muslims” in Cairo in 2009, he did not realize whom he was dealing with.

And he still doesn’t. 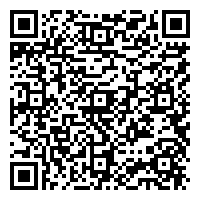