Arab terrorists were busy Monday night attacking Jewish residents of Jerusalem in their attempts to frighten Israelis into leaving the area or avoiding it in the first place.

Thus far, the effort has failed, though some Arabs are continuing their violence nevertheless.

The neighborhood overlooks the Mount of Olives and has been the scene of numerous attacks by Arab terrorists who have tried to dislodge the growing number of Jewish residents moving into the area.

A storekeeper was stabbed on Rehov Malachi in Jerusalem, local sources reported Monday night. He was treated at the scene and then taken to a hospital in the capital where he is reportedly listed in good condition.

Less than an hour later, several Arab terrorists attacked an IDF “pillbox” outpost at the entrance to the Jewish community of Kochav Yaacov, just a few minutes north of Jerusalem.

The terrorists opened fire and launched firecrackers at the military position, some of which ignited a blaze next to a group of soldiers guarding the outpost, and caused a power outage.

The soldiers extinguished the flames. Miraculously no one was injured and no property damage was reported. 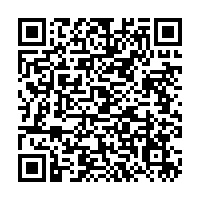