On Sunday night, police stopped a suspicious looking Arab vehicle for inspection near the Maaleh Adumim junction heading towards Azariya, next to Jerualem.

In the vehicle they found 4 crates of fireworks and 200 9mm bullets.


During Arab riots in Jerusalem and on the Temple Mount, fireworks are launched at police and at Jewish-owned buildings.

The three passengers, residents of Azariya, were arrested.

On Friday morning, police received a call about a suspicious-acting Arab man on the side of the road between Maale Adumim and Keidar.

As the police approached, the man ran, and a foot chase began until they caught him.

Where the man had been standing, the police found welding tools, drills and other equipment.

The man had already damaged the water infrastructure by the time police got there, and he was attempting to damage an electric tower when they arrived.

The man was arrested. He is also from Azariya. 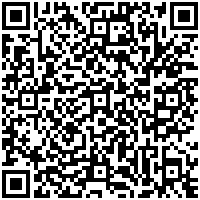