Dozens of Arabs rioted in the ancient port city of Jaffa (Yafo), near Tel Aviv, on Thursday night, burning tires and garbage cans in the streets for the second time this week.

Israeli police officers made two arrests and dispersed the mob.


The violence came after riots that broke out five days ago when a police chase ended in a shootout that left one Arab suspect dead and a second one injured following a criminal shooting incident at the port. Police investigators believe the shooting was proper.

Arab residents in the area burned tires, hurled rocks and other objects and smashed a police car windshield, chanting, “This time we will not keep quiet.”

Two reporters from Channel 2 television news were beaten up by the mob, including one who was severely injured. The windows of several shops on the street were also smashed in the melee. 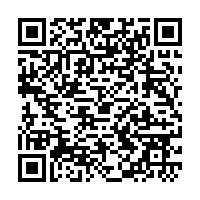