(JNi.media) Argentine President Cristina Fernandez de Kirchner is in trouble over her evoking of William Shakespeare’s “Merchant of Venice” Jewish antagonist, Shylock, in an attempt to explain Argentina’s national debt to… schoolchildren.

Argentine Jews, needless to say, were not amused.


Kirchner told the kids that Argentina’s economic trouble could be understood by reading “The Merchant of Venice,” where the heartless Jewish moneylender seeks revenge on his nice, Christian debtors, whose only fault is that they took his money and wouldn’t give it back.

Kirchner tweeted that the idea had come to her after she asked the children what Shakespeare play they were reading and they told her: “Romeo and Juliet.”

And, so, she tweeted, “I said, you have to read the ‘Merchant of Venice’ to understand the vulture funds,” and that, apparently, made everybody laugh. So she tweeted, “No, don’t laugh, Usury and bloodsuckers have been immortalized in the greatest literature for centuries.”

The vulture banker, in case you haven’t been following the Argentine debt crisis over the past decade or more, is Jewish Billionaire Paul Singer, whom Kirchner and her Minister of the Economy Axel Kicillof have actually accused of behaving like a vulture — for insisting Argentina pay him back the $1.5 billion they owe him.

He’s dragged them through US courts, and has been beating them, to the point where the Argentine credit rating has been seriously curtailed. And when they offer him fistfuls of Argentine pesos he insists—Shylock that he is—on green bucks, which clearly spell, “In God we trust,” not in Argentine promissory notes.

This is, then, an ancient rivalry, and the President figured she was using humor to illustrate financial matters for the little ones.

Kirchner would not apologize, and instead tweeted an ad for “The Merchant of Venice” which was performed two years ago in Spain by an Israeli company.

Which means she honestly did not comprehend the difference between watching a WW2 movie and joining the Nazi party.

The last political celebrity to put his foot in his mouth over “The Merchant” was everybody’s favorite VP, Joe Biden. Speaking at a conference celebrating the 40th anniversary of the Legal Services Corporation, Biden shared stories he’d heard from his son (now departed), Beau, about his military experience in Iraq as Major in the Judge Advocate General (JAG) Corps.

“That’s one of the things that he finds was most in need when he was over there in Iraq for a year,” Biden said, “that people would come to him and talk about what was happening to them at home in terms of foreclosures, in terms of bad loans that were being…I mean these Shylocks who took advantage of, um, these women and men while overseas.”

It’s the gift that keeps on giving. 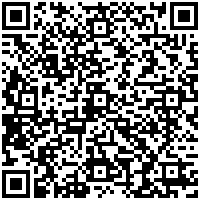