After all that has happened over this past year, one would think that Rabbi Yehuda Glick would still be trying to recuperate from gunshot wounds suffered in an assassination attempt by an Arab terrorist last October. But Glick, founder and head of the Temple Mount Heritage Foundation, has been busy with other things – among them, the creation of a unique new guidebook to the Temple Mount.

“Arise and Ascend: A Guide to the Temple Mount” is already in print in the Russian language. Glick is now in the process of raising funds to publish the guidebook in Hebrew and English.


The book, written by Dr. Meir Antopolsky, is a joint effort between the Foundation and the Meeting Place Association of Jerusalem. According to a release sent to media by Glick’s Foundation, the goal of the project is to make the Temple Mount “accessible and meaningful to its visitors and to the millions of people around the world who want to learn more about the site,” the holiest in Judaism and third holiest in Islam.

The first advance copy of the book was presented by Glick to Israeli Prime Minister Binyamin Netanyahu in a meeting during which the two discussed the present situation on the Temple Mount.

“He who does not study and understand his past misses out on any understanding of the present and the future,” Netanyahu said during the meeting. “This is the only way we can really understand the connection between the people of Israel [and] Jerusalem.”

The book is researched from historical, archaeological, religious, and Biblical perspectives. It leads visitors on a self-guided walking tour in a path that Glick says is intended to preserve the sanctity of the Temple Mount.

Included are maps, time lines and color photos, and the book cites scholastic as well as Biblical and Talmudic sources. The text draws from historical accounts, archaeological records and scriptural verses to reconstruct the site as it was in the past and to explain its present condition.

Also included are introductions by “moderate” personalities from each of the three monotheistic faiths: Judaism, Islam and Christianity. Each of the three is controversial in his own right, but each also has a mammoth worldwide following.

Israel’s Rabbi Shlomo Riskin, chief rabbi of the city of Efrat in Gush Etzion, is known for his interfaith activities and his tolerant views. “According to the Bible, the Creator and Master of the world has a ‘dwelling place’ in this world. The Holy Temple in Jerusalem – the City of God, the City of Peace (shalom), the City of Wholeness (shalem) – is ultimately to be the source from which teachings of love, morality and peace will extend to all the families of the earth (Isaiah 2, Micah 4)… The Guide to the Temple Mount is a user-friendly handbook that carefully examines the present reality on the Temple Mount and through it provides glimpses of the past and a vision for the future,” Riskin writes.

Istanbul-based Islamic scholar and prolific author Adnan Oktar hosts a satellite television talk show on A9TV. He, too, is known for his interfaith work and tolerant ways. “The Temple Mount is a holy place that we wish to be the abode of love, peace and brotherhood,” Oktar writes. “We pray that this site becomes a peaceful place where we can express our faith, allegiance, submission and love of God.

American Pastor Keith Johnson is also well known around the world for his moderation and particularly for having founded the Biblical Foundations Academy International. “I pray that all who make their way to this sacred place will interact with the historical, archaeological, and biblical information in this book and personally experience the promise of the One who said, ‘I have consecrated this house which you have built by putting My name there forever, and My eyes and My heart will be there perpetually.” (1 Kings 9:3) 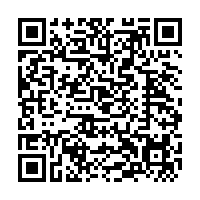