Israeli and U.S. engineers celebrated “a perfect test” Thursday morning for the Arrow 3 ballistic missile interceptor system, which has been in development by the two countries since 2008.

The missile defense system successfully calculated and engaged the launched target in what Israel’s Defense Ministry called a “major milestone.”


The test, which took place at 8:12 am local time, involved the launch of an interceptor from the Palmachim Air Base, aimed at a missile fired by an IAF fighter jet, on a trajectory towards Israel’s coastal Mediterranean waters.

Designed to intercept and destroy intercontinental ballistic missiles, the Arrow 3 is intended to hit the missiles and the warheads — be they nuclear, biological or chemical — outside the atmosphere and as close as possible to their launch sites.

According to Israel Aerospace Industry missile division general manager Yoav Turgeman, the trial went perfectly. “We launched the Arrow 3 and for the first time with the Arrow 3, we have intercepted the right target, very accurately, as planned,” he said.

The Arrow 3 system is capable of intercepting more than five ballistic missiles within a 30-second period at altitudes of more than 100 kilometers (62 miles), which is safer for destruction of nuclear, biological or chemical warheads.

A higher altitude interception is intended to safely destroy an incoming high-risk warhead before its target or trajectory can be definitively identified. 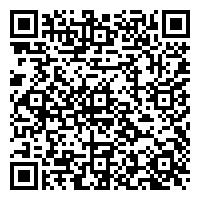