Kikar Shabbat is reporting that Aryeh Deri, the former head of the Shas party will be returning to Shas.

A contract is being drawn up stating that both Eli Yishai (the current head of Shas), and Aryeh Deri will agree to work together. Rav Ovadiah Yosef will determine who will gets to be the party chairman, and what job each man gets.


Rumor has it that Deri will be appointed as party chairman, while Yishai will be pushed down to the number 2 slot, but in consolation will be the party’s chief minister (which he currently is anyway).

Shas leadership is apparently worried that if Deri forms his own party, he will take away many of Shas’s seats in the Knesset.

It is believed that Ariel Atias was one of the driving force behind the scenes in making this deal happen.

Deri was forced to step down as the head of Shas after he was convicted of bribery and other charges in 1999. 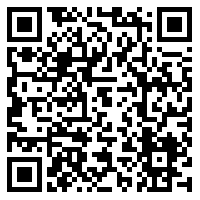