The new first government-backed School of Jewish Theology at the University of Potsdam, which opened in November, marks the first time Germany has funded the training of Jewish rabbis and cantors, Der Spiegel announced with unhidden delight a week ago.

In the past Germany did train many rabbis and cantors, among other Jews, but that’s only if you use the word “train” as a verb.

It is also the first time Jewish theology has been taught as an academic subject at a public university in Europe, claims Spiegel, but I have no idea where they got that one, because I know personally several professors of Jewish Studies in London –maybe they don’t consider London part of Europe.

The school is “a historical milestone in the training of liberal and conservative rabbis” and “unique both in Germany and Europe,” Potsdam University President Oliver Günther said at the time of the launch.

Coming just after the 75th anniversary of Kristallnacht, the school is a significant step in post-Holocaust Jewish revival, Spiegel points out.

“In Germany, of all places, where the Jewish intelligentsia – which had such a large and irreplaceable share in the intellectual prestige of German academia – was expelled and murdered, Jewish theology is finally being given its proper role,” German President Joachim Gauck said at the launch.

I can’t say a bad word about President Gauck, who’s one of the few remaining friends of Israel. When he was here on a visit in 2012, he said: “Germany should be the very last country to turn away from friendship and solidarity with Israel.”

I just don’t like the idea of Jews flocking back to the death place. Call me a hopeless sentimental.

The school, which will also launch six new professorships, is part of the university’s Faculty of Arts. Its 49 newly enrolled students from Germany, Israel, the United States and Eastern Europe will choose from subjects including liturgy and Jewish music history. Students can undertake bachelor of arts and master of arts studies, and the school plans to offer doctoral studies in the future.

Those who wish to train as rabbis or cantors can opt either for Abraham Geiger College, or for Zacharias Frankel College, which opened two days before the official launch of the school last month, for the conservative stream of Judaism. The school will offer more courses of study in English, too.

Admiel Kosman, the director of Europe’s first state-funded School of Jewish Theology is “heavily influenced by other faiths, including Buddhism and Hinduism. It might come as no surprise, then, that Admiel Kosman’s vision is to encourage interfaith dialogue, and to train rabbis for everyone,” delights Der Spiegel.

Kosman was born in Haifa, Israel to an Orthodox Jewish family. He served in the IDF, studies at the Kotel Yeshiva, studied graphic art and pottery at the Bezalel Academy of Art and Design, and did his Ph.D. in Talmud at Bar-Ilan University. And then he decided to move to Berlin.

I don’t know why Israelis have been moving to Berlin in such high numbers, but the common perception in Israel of those who do assigns them the roles of either high finance folks or various types of criminals looking to expand their business. The two, you’ll admit, are not very far apart. But, without a doubt, it’s less likely to have Ph.D.s in Talmud make the move back to the land that once ate our flesh.

Admiel Kosman is a gifted man. He writes poetry. He publishes books and articles. He wrote the following poem, which is by no means representative of his overall body of work, but as I’m searching for clues about why a gifted Talmudic scholar from Israel would settle down in Berlin, it’s something: 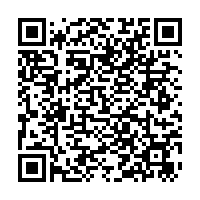