The Mehr news agency reports that Ali Akbar Velayati, a senior advisor to Iran’s Supreme Leader, has said that Iran and Egypt are the major countries of the Muslim world, so their unity will form the core of a great Islamic power in today’s world.

Velayati made the remarks during a meeting with a number of Egyptian media and cultural intellectuals in Tehran on Tuesday.


He also said that certain figures, whose interests are in division among Muslims, are opposed to the establishment of relations between Tehran and Cairo. 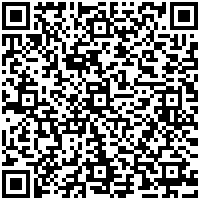