President-Elect Donald Trump’s chief strategist Stephen Bannon did not attend the Zionist Organization of America annual gala Sunday, where he had been scheduled to speak, blaming the hundreds of protesters who had gathered outside the NY Grand Hyatt hotel event, CBS News reported.

ZOA President Mort Klein told JTA that Bannon had initiated the appearance. “He asked us to come, we never invited him,” Klein stated, adding, “Of course, an important guy like him says he wants to come, I say yes.”


Last week, Klein rebuked ADL head Jonathan Greenblatt for his attack on Bannon that accused him of racism and anti-Semitism. “The ZOA welcomes the appointment of Stephen Bannon as chief strategist to the incoming Trump/Pence administration,” Klein wrote on his organization’s website. “We wish Mr. Bannon every success in his new position.” Klein then urged Greenblatt and the ADL “to withdraw and apologize for their inappropriate character assassination of Mr. Bannon and Breitbart Media.”

The protest outside the Grand Hyatt was organized by leftwing extremist Jewish group IfNotNow, which promises on its website: “We will be the generation that ends our community’s support for the occupation.” By “occupation,” they mean, of course, Jewish life east of the 1949 armistice border, which was liberated by Israel in 1967. Police removed  the protesters, who continued their protest in a local park.

Incidentally, the IfNotNow website declares: “We are grounded in the values of the Jewish tradition,” but mentions not once a reference to Jewish practice, God, or even Jewish solidarity. The values it appears to espouse are political action against fellow Jews. But then the same website also states: “We participate in the Jewish practice of teshuva (repentance). We value intention and action more than we do correct language. We will make mistakes. We will reflect. We will ask for forgiveness and offer it as we build deep trusting relationships.” So there’s still hope.

Meanwhile, according to the Jerusalem Post, Professor Alan Dershowitz, who had defended Bannon against accusations of anti-Semitism, was booed during his ZOA speech, for reminding the audience that Hillary Clinton had won the popular vote, and that therefore the US presidential contest “was a tie election, that one person won the electoral and one person won the popular vote.”

So there’s room for a lot of tshuva to go around. 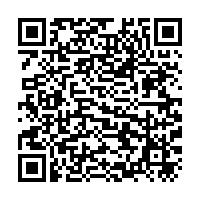