Bavaria has decided to scrap its plans to reprint Adolf Hitler’s “Mein Kampf” with critical commentary when a legal ban by Germany on republishing it expires at the end of 2015. Germany owns the book’s copyright because Hitler, born in Austria, was registered as a resident of Munich.

He wrote the autobiographical “Mein Kampf” (My Struggle) while he was in prison after his failed Munich coup. Responsible for the Holocaust, the extermination of six million European Jews by the Nazis, Hitler was chancellor from 1933 until he committed suicide in 1945 at the end of WWII.


Bavaria had planned publish a new edition with critical commentary from the Munich-based Institute for Contemporary History but has changed its mind, according to the European Jewish Press.

“Many conversations with Holocaust victims and their families have shown us that any sort of reprint of the disgraceful writings would cause enormous pain,” said Bavaria’s Science Minister Ludwig Spaenle. He also warned that any publisher who tried to reprint the seditious” book will face criminal charges. 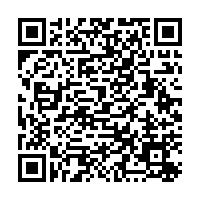