International pro-Palestinian Authority agitators have once again has succeeded in sabotaging a university’s attempt to nurture free speech and open dialogue.

This time it was the anti-Israel, international ‘Students for Justice in Palestine’ (SJP) organization (Trinity College of Dublin chapter) which forced the cancellation of an ‘open discussion’ event being held by the Society for International Affairs (SOFIA) with Israeli Ambassador Ze’ev Boker at Trinity College of Dublin (TCD) in Ireland, the University Times reported.


The Society was forced to cancel the event after protesters took over the second floor of the building in which the discussion was to take place, chanting “In our thousands in our millions we are all Palestinians” and “shame shame shame SOFIA SOFIA SOFIA” and “From the river to the sea Palestine will be free.”

Journalists from the University Times wrote that among the Trinity students were also those from University College Dublin (UCD).

One week ago, agitators from the Boycott, Divest and Sanction campaign against Israel (BDS) nearly succeeded in shutting down an event at Columbia University in New York City with Israel’s envoy to the United Nations, Danny Danon.

SOFIA chair Grace Conway told the UT, “We are deeply saddened by the student reaction against the event. We feel that it was a misunderstanding of what we were trying to do as a society, which was to provide a platform for discourse and we don’t discriminate against any ambassador, we invite all ambassadors and treat the with respect and decorum as diplomats. We don’t discriminate against countries whether or not we support their political beliefs.” She added that SOFIA is a neutral party providing a platform of discussion.

The SJP chapter at the school wrote on its Facebook page prior to the event, “Hosting Ambassador Boker in this fashion is also a direct breach of Palestinian civil society’s call for the nonviolent boycott of the Israeli State.” SJP member Edwyn Hitchcock told the UT the reason the Israeli ambassador did not deserve to be heard was because, “Palestinians in Gaza don’t have free speech.” 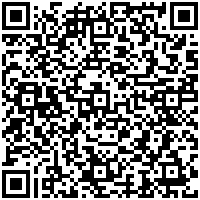