Justice Minister Ayelet Shaked told the Jewish National Fund in New York on Sunday that the Boycott, Divest and Sanctions movement is the new face of terror.

Shaked, a top official with Israel’s Bayit Yehudi party, addressed the JNF Conference in New York on Sunday, speaking on the issue of the BDS Movement and how its activities impact Israel in daily life. She condemned the movement, likening its activities to the tunneling of the Hamas terrorist organization in Gaza.


“The BDS movement is digging tunnels to undermine the foundations and values of Israel,” she said. “We have to stop these tunnels as well.”

The movement constitutes an existential threat at its core, she added. “Supporters of the BDS movement are attempting to destroy our very right to exist. They refuse to accept our most natural, basic and simple right: the existence of the State of Israel.”

Regardless of what mask terror wears, she said, one simple truth stands out: “You cannot defeat the enemy unless you call it what it is. That is why I am not afraid to do so. We are fighting Islamic extremism,” she said pointedly, underscoring a fact that has not once been uttered during the entire eight years of the entire reign of the the Obama administration. 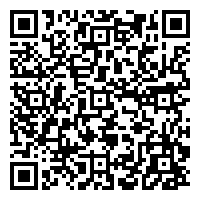