An incendiary terror balloon attached to a Molotov cocktail landed in the Be’eri Forest, according to Keren Kayemet Le’Israel personnel and exploded, starting the fire.

KKL personnel were on the scene to fight the fire along with firefighting teams, IDF soldiers and additional personnel.

An explosive balloon started a similar fire at the Jewish community of Nir Yitzhak as well. Israeli firefighting forces were called to the scene late in the afternoon to contain the blaze, which they succeeded in doing within a short time. 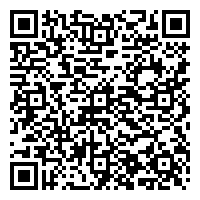