BEER-SHEVA, Israel, August 4, 2014 – The ability to understand the minds of political leaders is an important aspect of strategic intelligence. In this context, personality profiling is a common practice that has traditionally relied on the expertise and intuition of human psychologists, according to researchers at Ben Gurion University of the Negev (BGU).

However, BGU professors of psychology, Yair Neuman, Golan Shahar and programmer Yochai Cohen are introducing a novel computer-supported methodology for personality profiling which will be published in the American Intelligence Journal. The methodology aims to help stakeholders better understand strategic competitors and allies for both rationally and for psychologically managing their policy. The professors cited the current conflict with Hamas as a prime example.


“If we characterize Khaled Mashal as someone with a psychopathic personality, then we would expect him to feel omnipotent, fearless, to perceive others (particularly Israel) as weak and vulnerable, and that his relationships revolve around games of ‘predator-prey.’ A man like that won’t be significantly affected by injury to innocent citizens or the destruction of infrastructure because he lacks the ability to empathize. He will manipulate and defraud in the pursuit of his own personal interest. In this case, any attempt to simulate empathy, or to try and appeal to his emotions is a strategy doomed to fail,” explained Professor Neuman.

“These insights are highly important in understanding the personality and planning a campaign against it,” added Neuman.

Mashal is one Hamas leader-turned tycoon who has amassed a fortune worth $2.6 billion, among other Hamas leaders who have made millions from the flourishing tunnel industry and fundraising as the unemployment rate in Gaza stands at 40% and Gazans suffer in poverty. In addition, Hamas Prime Minister Ismail Haniyeh has capital worth $4 million and has arranged for family members including his sons and daughters to live in beautiful homes in the Gaza Strip, worth at least $1 million each. During the recent war, media reports surfaced of Khaled Mashal living a lavish lifestyle out of a luxury hotel in Qatar.

The ability to understand one’s enemy is an important card in any battle. Psychologists have been building personality profiles of leaders for years, explain BGU experts.

“The CIA built a personality profile of former Iraqi dictator Saddam Hussein which explained to the Bush Administration that what they attributed to a lack of rationality actually derived from the Middle Eastern rationale of ‘showing off’. In other words, so long as the leader is not defeated once and for all or publicly humiliated, the entire struggle with the US, even if it comes at a catastrophic price to his fighters and citizens, will be perceived as a victory and a symbol of masculinity.”

“This conclusion offers a clear lesson for the current struggle against Hamas as well,” concluded Neuman. 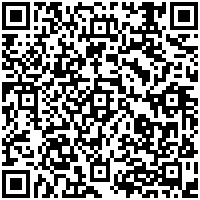