Bayit Yehudi (Jewish Home) chairman Naftali Bennett and Opposition leader Yitzchak Herzog spoke together on Sunday at a high-school class in which they spoke on unity.

The special class at the Yachad (Together) high school in Modi’in was held in memory of the three youth — Naftali Fraenkel, Gilad Shaer and Eyal Yifrah – who were kidnapped and murdered last year by Hamas terrorists.

When Herzog took his turn to speak to the students, he said how much he respects Bennett but, according to Nana news, couldn’t resist an opportunity to play the “sore loser”and said:

We have to argue with each other but also have to observe basic principles…. Bennett and his party crossed the red line and harmed unity when he compared the Zionist Union with the enemies of Israel in the election campaign. 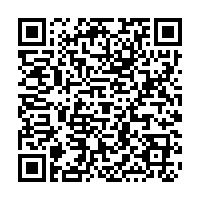