Speaking to journalist Yoaz Hendel, and responding to a question regarding the degree to which Jewish Home obeys rabbinic rule, Bennett said: “Should I tell you it’s simple? The Jewish Home party is a varied party, there are many views, we are not a dictatorship like Yesh Atid.”


Bennett added: “Yesh Atid is a party which does not hold primaries, of course it’s not a democratic party, it’s no secret. The only democratic parties in the Knesset today are Likud, Labor and Jewish Home.”

Bennett’s comments are noteworthy in light of the pact between himself and Yesh Atid’s leader Yair Lapid. Both parties have exceeded expectations in the last elections, and relied on one another to forge for themselves positions of power in Netanyahu’s current government. Over the past few months, that pact has been tested several times, most recently over social security payments to same-sex couples, and the two leaders have managed to sidesteps several serious stumbling blocks.

Two reasons may be behind Bennett’s decision to attack his brother in arms: one reason is that it’s becoming clear that the centrist Lapid is more likely to side with the left-of-center Tzipi Livni over dismantling Jewish settlements, than with Bennett, whose party opposes such a move; the other reason is that Lapid’s popularity is sinking faster than a pig’s head in front of a Rome synagogue, and Bennett may feel ready to attract at least some of Yesh Atid’s disappointed voters.

This would also explain why Bennett is not eager to contribute to a popular image of Jewish Home as a party that’s controlled by clerics. 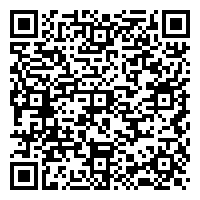