As part of his role as Education Minister, Habayit Hayehudi Chairman Naftali Bennett is also President of the Israel National Commission for UNESCO, and so on Friday he decided to suspend all professional cooperation with the international body following its resolution that denied the connection of the Jewish people to the Temple Mount and the Western Wall. The Israeli commission will no longer conduct meetings with UNESCO representatives nor participate in its international conferences, due to what Bennet called the organization’s support for terror.

According to Bennett, “the organization’s decision is a denial of history which offers a back wind to terrorism. I will work with my colleagues around the world against this delusional resolution. An official announcement has been sent to the UNESCO leadership.”


Minister Bennett also sent a letter to all UNESCO member states saying that “anyone who rewards the supporters of jihad in Jerusalem, on the same week that two Jews have been murdered in the city, could end up being next in line, God forbid. The Western world must resist UNESCO and rewarding terror.”

The resolution, voted on by non-Western states including many from the Arab world, was submitted by the Palestinian Authority. Among other things they blame Israel for destroying Jerusalem’s historic and archeological heritage by conducting archaeological digs. 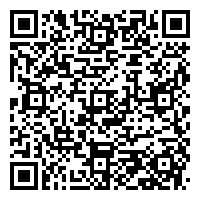