Urban Adamah. an educational farm and community center in Berkeley, California, bowed to political pressure and hid the kosher slaughter of 15 chickens on May 14 and 20.

Earlier in May, the organization – which says it “integrates the practices of Jewish tradition, sustainable agriculture, mindfulness and social action to build loving, just and sustainable communities. We provide educational programs and community celebrations for more than 5,000 visitors a year, as well as a residential fellowship program for young adults that combines organic farming, progressive Jewish living and social justice internships” – cancelled a public demonstration of shechita (kosher slaughteer) because animal rights groups had threatened to protest the demonstration.

Adam Berman, executive director of Urban Adamah, told JWeekly.com this week that “the chickens, which were no longer laying eggs, were killed by a shochet (kosher slaughterer) in two sessions attended by staff members and Urban Adamah fellows. Eight chickens were slaughtered on May 14 and the remainder on May 20.

“Unfortunately, we were unable, due to time limitations, to process all of the chickens on [May 14]. The remaining few were killed by staff, with the support of our fellows, on Tuesday afternoon, May 20 All of our chickens were treated with utmost kindness and care during their lifetimes and killed in the most thoughtful and humane way we know possible,” Berman said.

Urban Adamah said in a statement that the chicken was used to make chicken soup and served at Urban Adamah’s weekly free farm stand on May 21.

Animal rights and vegetarian groups slammed the organization, saying Urban Adamah should have donated the hens to a local farm, to live out their years in peace and tranquility.

“They may never again use the words compassion, respect, gratitude and reverence for these birds — or any other animal they intend to destroy needlessly — without feeling their stomachs curdle with revulsion and shame that they could so meanly hurt and kill innocent creatures at their mercy,” Karen Davis, president of United Poultry Concerns, wrote in an email published on JWeekly.

The threats to protes Urban Adamah is only the latest in string of bullying incidents against Jews in Northern California. In 2011 the city of San Francisco scheduled a vote to ban circumcision (the measure was eventually dropped from the ballot – not because it would infringe Jews’ freedom of religion, but rather because San Francisco Superior Court Judge Loretta Giorgi ruled that California law grants  the right to regulate medical procedures to the state, not to cities.

Even more pronounced is violence against Jewish students at universities in the Bay Area. Jewish students who dare support Israel say they are regularly threatened on campuses, including by professors who feel they are “wrongheaded” about the Israel-Palestinian issue. One girl at the University of California, Berkeley said she was attacked with a shopping cart in response other support for Israel. Across the Bay, at San Francisco State University, anti-Israel groups have attacked Jewish students and threatened violence. “My heroes have always killed colonizers,” read some protest signs. 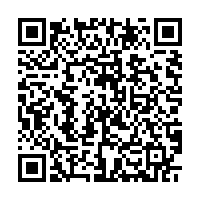