The morning after the first of two horrifying Arab terror attacks stole the lives of young Jews in Israel and wounded several other innocent bystanders, the European Union finally issued a statement condemning the murders – sort of.

“Today’s terrible acts of terror in Israel and the West Bank deserve strong condemnation,” read the statement sent to media via email.

“We express our deepest condolences to the families and friends of the deceased, and extend sincere wishes to the persons injured for their full and speedy recovery.”

But having made the obligatory condolences, either David Kriss himself – the press and information manager for the EU delegation to the State of Israel — or the High Representative Federica Mogherini then added a second comment.

Perhaps they just couldn’t resist the opportunity to get in an extra political dig as Israeli were grieving and Palestinian Authority Arabs were celebrating.

“As highlighted to all interlocutors during the recent visit of the High Representative in the region, we are extremely worried by the current situation that – in the absence of political perspective – can further deteriorate. We urge political leaders to act responsibly and to work for a quick de-escalation of tensions.”

One wonders precisely who the “we” in the statement is, and which “political leaders” they are referring to. What kind of “responsible actions” do they believe have been lacking and exactly how would they advise Israel to ‘work for a quick de-escalation of tensions,” pray tell?

Of course, the content of the entire statement was then carefully disavowed by the disclaimer at the end of the email:

This message is not an official communication of the European Union or its Delegation in Israel. The latter does not accept legal responsibility for its contents, unless confirmed in writing by an authorized signatory. Access is authorized only by the intended recipient(s). The recipient(s) shall respect the confidentiality of the message content. The European Union Delegation to the State of Israel accepts no responsibility with regard to any computer virus transferred by way of this e-mail. 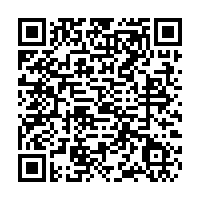