We urge you to consume the following article with a good size grain of salt, but, according to Kikar Hashabbat, a Haredi scholar who went looking for biblical codes that would offer a coherent clue about the US elections found something. In fact, he discovered that when reading the Torah with at regular intervals—giant intervals at that, starting with a verse from the story of the binding of Isaac (Gen. 22:4) and the commandment to execute mediums and necromancers (Lev. 20:27), the resulting letters combine to form the phrase: Hillary Ne’siah (Hillary President).

The Bible codes, or Torah codes, is a purported set of secret messages encoded within the Hebrew text of scripture. This hidden code is a method by which specific letters from the text can be selected to reveal an otherwise obscured message, which is often relevant to the narrative of the same verses. Bible codes have been popularized in modern times by Michael Drosnin’s book The Bible Code and the movie The Omega Code, and one can purchase computer programs that hunt for coded messages in holy texts.

One such tireless hunter is D Chen, the Haredi scholar who approached Kikar Hashabbat with his discovery. He said that as soon as it became clear that Donald Trump was the presumptive Republican presidential candidate, he plugged varieties of his name in Hebrew into his program, but the program yielded nothing. Then, just to make sure, he entered Trump’s arch rival and discovered that the Torah sides with the Democratic party this election round.

Chen said he was truly surprised by the discovery, because he had honestly expected Trump to be the chosen candidate, seeing as his meteoric rise to the top, without the benefit of any experience at all in public service, made his race appear to be divinely guided.

“I read the news and I’m interested in the race for the US presidency, but I don’t personally favor either candidate,” Chen said. “I’m neutral, but these are the results I found.” 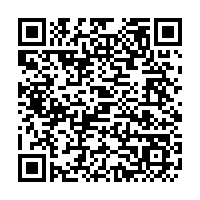