Turkish rage at the US has been mounting since the failed July 15 coup, which President Erdogan blamed on his former ally Fethullah Gulen, a self-exiled cleric living in Pennsylvania. It has gotten so bad, President Obama sent his VP to smooth things over, and the Turks were not making the task easy for Joe Biden. The Turks began by sending Ankara’s deputy mayor to greet Biden—the highest-ranking U.S. official to visit Turkey since the coup—at the airport. And while the VP was still visiting, the pro-Erdogan Daily Sabah stated: “Biden wasted a trip, Turkey wasted time.”

But Joe Biden, no stranger to hardball politics, took all of that in stride and stayed on message. For one thing, as Anadolu reported Wednesday, Biden hinted that Obama may be prepared to throw Gulen under the bus. “I can understand Mr. President how some of your countrymen would feel that the world didn’t respond rapidly enough to the existential crisis your country is facing,” the VP said at a joint press conference in Ankara Wednesday. “That’s why I want to personally be here. And I was asked by the president to personally be here to represent him, to tell you and all of your colleagues and your countryman how very, very sorry I am, the president and the American people are for the suffering and loss you have endured.”


Biden then said the US is “committed to doing everything we can to help bring justice for all those responsible for this coup attempt. Even as [we] speak, our American experts are on the ground here in Ankara, meeting with your people, closely coordinating with our Turkish counterparts to evaluate and gather material with regard to Turkish requests to extradite Gulen in accordance our bilateral extradition treaty.”

“We have more lawyers working on this case than any other extradition in recent history,” Biden reassured his host. According to Anadolu, during his earlier meeting with Speaker of Parliament Ismail Kahraman, Biden said he and Obama “wish Gulen were in another country, not in the US.”

Erdogan lectured Biden on how Gulen is operating a global terrorist network from his little home in Pennsylvania, and repeated his demand thata the US immediately detain Gulen, so he won’t give media interviews. Biden reportedly put his face in his hands at this point, and tried to explain the US Constitution to his Turkish host.

“The Constitution and our laws require for someone to be extradited that a court of the United States has to conclude there’s probable cause to extradite,” Biden said. “How long it will take will depend on what evidence is presented. Thus far, until yesterday, there has been no evidence presented about the coup.”

“God willing, there will be enough data and evidence to meet the criteria that you all believe exists,” Biden added later. 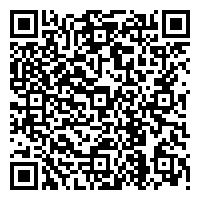